Naturally Seven, a human beatbox group, does an amazing impromptu performance of “Feel it (in the air tonight)” on the Parisian metro.
Very, very well performed and seems like the fellow passengers enjoyed it.
BRAVO! 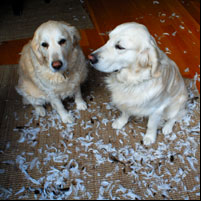 One large sofa pillow bit the dust the other day.
Once again a subject was chosen due to the spectacular mess it leaves when destroyed.
Dogs unaware of the destruction around them. Well, Jack did seem a bit proud for the rest of that evening.
PS This photo was taken after the cleaning up of the mess

I joined Flickr a while back but never got into using the site.
To me the site offered just storage of my photographs but I wanted to have full control of my precious possessions and so preferred hosting them on my own (gallery).
What I had completely missed out on was the social networking features of Flickr. The rating, comments, inspiration, groups, continuous learning and new friends who too are passionate about photography.
Last week while visiting Flickr to browse a few friends updated photos, a Flickr group caught my eye.
It was called “DeleteMe” which seemed to be the opposite of what anyone would want to do with their photos.
Turns out that the Deleteme group is focused on brutally honest opinions.
Members submit their absolute best photographs and fellow group members rate them; saveme or deleteme.
When the photograph has collected 10 deletemes, it is removed from the pool. Should the photo on a rare occasion gather 10 savemes, it is regarded as a masterpiece and is then moved to the safe where it will shine in all eternity.
The general common comments on Flickr are “wow” and “great shot”. People want to build friendships and not offend and so often hold back on what they truly think of a photo.
Your mum and special other will always tell you that a photograph of yours is fantastci but wouldn’t you rather be challanged and really find out how good it is?
The Deleteme group is a refreshing in that it’s members are honest. Sometimes they can be outright nasty but nobody holds it against them.
If you want to get some honest, high quality constructive comments you should give the group a go. A warning though; if you can’t stand the heat, better stay out of the Flickr Deleteme group!

…and all I got was this photograph of a wigged rock. 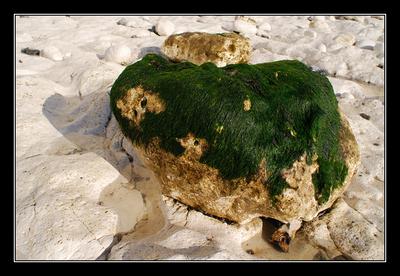 N 50°44’32.701″, E 0°12’2.923″
Last Saturday was a very sunny – albeit windy – day and ideal for taking nature photographs.
I used Google Earth to find a few picturesque locations in the South East of England. Panoramio.com then provided a layer with geo-tagged photographs submitted by online users which gave me an idea of interesting subjects in the ara.
Sunday came one day later and brought with in non-stop rain. Ideal for organising photographs and (digiatally) developing a few of them. 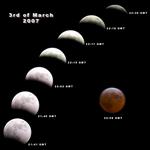 The International Herald Tribune reports about 2 new drugs offering options in HIV fight.
One drug, maraviroc, has been developed by Pfizer; the other drug, raltegravir, has been developed by Merck.
If humanity could find a cure for HIV/AIDS it would be a major breakthrough and a clear sign of progress.
Unfortunately I have become a little numb from the last 10 years’ of several “almost HIV/AIDS cure” announcements to be joyous anymore.
I doubt that there is enough profit for a company to develop a one time cure for HIV.
All the profit is surely in producing expensive drug cocktails that have to be taken regularly and for the rest of a patients life.
Unfortunately HIV/AIDS has a tendency to become resistant to drugs after prolonged usage so new drug cocktails have to be developed periodically.
Let’s not be naive but instead realise that corporations have a responsibility to their share holders to maximise the return of their investments.
It would be very irresponsible to develop a cure and thus killing the steady revenue stream from millions of regularly paying patients.
The very nasty drawback is that millions of patients in developing countries do not have the funds for expensive drug cocktails and are in dire need of a cure.
Had penicillin been discovered during the last 20 years would it have been released? Maybe not and instead there would be daily medicine to be taken to keep an infection at bay; never quite curing it.
[Link] [Photo credit: sparktography]