★&#x2606&#x2606&#x2606&#x2606
The good: Cheap prices
The bad: French specifications, no local returns, questionable warranty
The ugly: lousy communications, price changes when you add item to your basket
The title of the post is a bit misleading as I did not actually manage to shop at Pixmania.co.uk. I tried my best but the shop was not competent enough to accept my money.
Pixmania.co.uk is an online shop that specialises in cheap electronics, especially digital cameras.
I opted to pick up my items from a local pick-up shop as this seemed very convenient. I was also hoping to save the £10 delivery charge but instead there was a £10 service charge on customer pick-up orders.
The items arrived promptly at the pick-up store but that is where my problems started.
The staff in the pick-up store was not able to charge my debit card as it involved getting an authorisation code from their bank.
It was obvious that the staff person was inconvenienced that he was required to call their bank. He was then a bit abusive on the phone. I was told repeatedly that there was an error at my bank.
The following communication with Pixmania was very difficult. Their call center is located in France and they were not familiar with the local pick-up shop procedures nor about standard UK debit card usage.
The automated email which is signed by James Felix (Customer Service Director) announces to use the contact address [email protected] This address bounces however and the only way to send email to Pixmania.co.uk is to navigate through their FAQ (frequently asked questions) and hopefully finding an appropriate previous question.
The company operates from France and all electronic items are according to French standard. This means that instruction manuals and electric plugs are French by default. Pixmania calls this “European specification”.
The local pick-up shop I visited was handing out UK 3-pin adaptors and instructions on how to download the manual in English from the manufacturer’s web site.
For me the main reason for buying an item in the UK instead from abroad at a cheaper price is the assurance of an UK warranty. Due to the French operation of Pixmania I am not sure whether you can take a faulty item to the manufacturer in the UK or whether you have to deal with the manufacturer in France.
Pixmania states that certain faulty items will be dealt with by the manufacturer; others will have to be sent back to Pixmania in France.
An additional oddity was the way Pixmania prices change in real time. Wen I originally tried to add my item to the basket, I was returned an error (in French). Temporary problems are quite common on web sites so I just navigated back to the product. This was 10 minutes later and the price had gone up by £12.
After failing to pay for my item in the pick-up shop, I was told to put through a second order online and pay directly online. Again, the product I was interested in had gone up by £9 and was not a bargain anymore it had once been.
This bad experience of shopping at Pixmania is really my fault. I should have read some of the Pixmania.com reviews at the Review Center before making my decision.
An overall value of 1.2 out of 10 after 141 reviews is a really poor score. Only 6% of the reviewers would recommend to use Pixmania.com.

A recording engineer from KenRockwell.com has spent some time evaluating the various options in iTunes when copying (ripping) CDs.
His conclusion was that 128kbs AAC is indistinguishable from the original CD source; especially when combined with variable bit encoding (VBR).
Use following codec: 128kbs VBR AAC
Further he emphasises to always use error correction; something that is left out by default.
To enable error correction:
PREFERENCES > ADVANCED > IMPORTING > CHECK “Use Error Correction” box.
He finds AAC to be a more efficient codec than MP3 as it produces better quality audio with same size files (or smaller files with same audio quality).
It is not worth it converting all old MP3s to AACs but AAC should be used for new encodings.
I myself prefer MP3 due to it’s transportability (more devices support it) and absence of digital rights management (DMR). Even if I have to create larger files to achieve good audio quality (192kbs VBR).
[source] 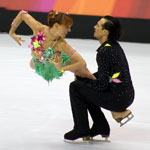 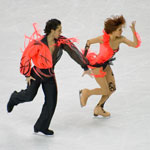